The Great Tehran has its own stories which are very interesting. As seems, the people in this current great city have more desire to underground living and most houses are located at several meters underground. It maybe for compensating the past that the Tehran people want to live at peak of city and maybe they gain this hidden order via their descendants' souls. Certainly such underground living has various reasons and undoubtedly it can be said that it shows the intelligence of the people residing in Tehran at that time. Yaghout Hamavi in Majam Albaladan book mentioned it somehow and knows the fear of Tehran people from enemies in their underground living. Apparently, Tehran people's being hidden from enemies is considered as a marital technique since their hidden place is undetectable by the enemies.  The enemies left after passing several days or several weeks without getting any result. As seems, Tehran people never gave fine or plunder to enemy and mock the defiant via subterfuge technique. As seems, the hidden house making method is only belonged to Tehran people and most of surrounding villages lack such blessing.  One of the other interesting points is that the Tehran people at that time do not like fighting and slaughter. All their arts against enemies were being hidden in underground layers which are admirable regarding the facilities and people at that time.

The first mode of Tehran denomination is taken from the phrase of "Yaghout Hamavi" in Majamolbaladan. "I heard from a Ray people that Tehran is a big village and all its buildings are located in underground and no one has daring to reach to that village except that the people at that village gave permission for it.

In this phrase, it mentioned to Tehran people's underground living. This encouraged some to divide Tehran to two parts, "The" mean under and "Ran" and define Tehran as underground place.

Etemadossaltaneh in Meratalbaladan about denomination of Tehran said: since Tehran people hide in underground when enemy came there, they are named as such that means they went to "Tehran" means underground.

Tehran name as Tehrani was first written in biography of Hafez Aboabdollah Mohammad Ibn Hamed Tehrani Razi, one of the well-known scientists at first century (3 lunar) at Ghasran area and passed away on (261 to 271 lunar).

Tehran with "e" in "T" and "∂" in "H" and "Ra" and "N" at the end is a "Ajami" word and they pronounce it "Tehran" since there is no "T" in their language. This village is one of the villages of Ray and its buildings are constructed at underground. No one can enter there without permission of its people and in most times, they passed misdeed regarding the monarch at that time.

Dear user, if you have not registered please click the Register button. It is worth noting for submission and use of all facilities you must be registered .

Registration is free for all. 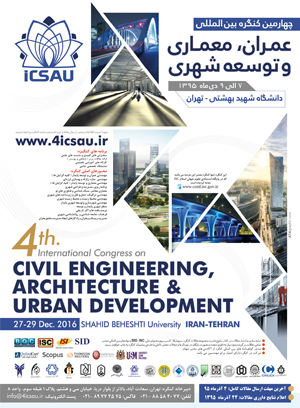 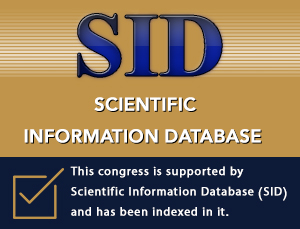